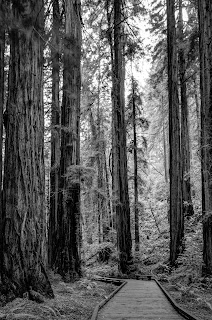 
Alfred Snider and James Hardy have been extremely kind (and unprecedentedly open) in sending me full tab data for a very recent tournament.  The Huber Debates 2012 involved 80 teams in 20 rooms, so it's just large enough that we get valid statistical inference using large-sample approximations.  I use the fairness test I describe here, which tests the null hypothesis that every team had an expected team score of 1.5.

What does a good judge believe? 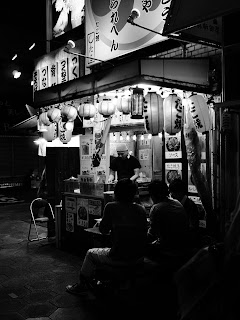 Recently, I said to a friend that I would find it deeply unpersuasive if a team made a case using the argument that homosexuality was immoral.  She was surprised by this, and told me that many debaters from her institution quite liked being judged by me, because they thought that I would give credit to any argument, no matter how weird it was.

It is probably true that I am more receptive to novel arguments than the average debate judge.  In fact, I often have to resist the temptation to reward an argument simply because it is novel and interesting.  But I'd like to think that I'm not indifferent between (for instance) a well-explained, internally consistent argument based on liberal principles, and an equally well-explained, consistent argument based on fascist principles.  So what gives?

Roughly speaking, good judges should act as intelligent, open-minded, neutral observers to an argument, willing to be persuaded by either side.  If judges hold extreme or unusual views, or hold usual views with unusual intensity, they should try as hard as possible to leave those convictions at the door and listen to arguments with a more moderate mindset.  They should be willing to have this internal monologue:  "Much as I think that this argument is not persuasive, that is in part because my views on this matter are unusually intense (or unusually well-examined).  Most reasonable people would be persuaded by this argument, and I shouldn't let the bad luck of encountering me as a judge disadvantage the team that made it."

However, that's not to say that judges should be tabula rasa, judging arguments based purely on their formal properties, devoid of moral intuitions, or assessments of whether a claim is persuasive.  It may be that some debating formats operate like this; and it may be that some debaters enjoy being judged like this.  (It takes all sorts to make a world.)  But that's not how BP debating works - and not how it should work.

Here are a few reasons why:  Firstly, almost no meaningful normative claims are purely logical.  (Non-philosophers often overestimate what is logically provable; that is, what can be shown to follow from logical axioms.)  If we are going to make meaningful normative claims in debates (e.g., "We should invade Iran if it is on the verge of acquiring nuclear weapons" or "We should provide for the sick, even when their illnesses result from their life choices) then we are going to need to start from more than pure logic.  If all starting points are treated equally, then debaters will always be talking past one another.  Debating will simply be a game of identifying an internally consistent ethical position that justifies your beliefs - no matter how morally repugnant that position is.
Read more »
Posted by Shengwu at 10:27 PM 3 comments:

The fairness test that in my previous post had two problems:


After a bit of thought, I instead propose the following alternative:

A motion is fair iff the expected number of team points for a team in any position is 1.5.


This has the useful quality that it is sensitive to all the ranks that a team could attain, not just first place.  It also avoids mis-identifying variance issues as unfairness issues.  It seems, to me at least, that a particular position having a higher variance in its results does not ipso facto make a motion unfair.  It also seems to me a feasible standard, in that CA teams could reach it (with lots of effort, critical thinking, and a little luck).  (It is certainly more feasible than the extreme alternative, that teams in any given position must have an equal chance of coming first, second, third or fourth.)

What follows is a cookbook, so that any interested party could implement this test.  I assume a very basic knowledge of matrix algebra.  If you're not interested in the maths, feel free to skip to the end.

How to test whether a motion was fair.

I surely don't need to explain why a rigorous test of this form is useful.  I'm going to provide a cookbook to carry out such a test, and then a series of important caveats.  If you don't have time to read and understand the caveats, please don't apply the cookbook.  I realise many readers may not be interested in the maths, but if even a few tab geeks apply this, it may go some way towards having a rigorous and transparent way to discuss motion fairness after a competition.  This is a fairly easy test to construct and apply, but no one else seems to have done it, so I thought I'd make it available.

What follows is a likelihood-ratio test for the null hypothesis that a given debate motion was fair.  Here I take a particular (and contestable) definition of fairness: Namely, that teams in any given position have an equal chance of coming first.

Let bi,j be equal to 1 if the team in room i, in position j, came first, and equal to 0 otherwise. bj be the sample average of bi,j.  That is, let bj = ∑i bi,j/N .  Consider the statistic z, defined thus:

Under the null hypothesis that teams in a given position have an equal chance of coming first, z has an asymptotic Chi-squared distribution with 3 degrees of freedom.

What does it mean to say "This motion is fair"?

I didn't intend to start writing this post; my original line of thought was that it should be possible to devise a rigorous statistical test of motion fairness.  But it quickly became clear that, even though almost all debaters describe motions as "fair" or "unfair" in ordinary speech, and even though there are some agreed conventions for the use of these words, it is not at all clear that we know what we mean.


I'll present a series of intuitive definitions, and exhibit the problems with each:


(1) A motion is fair if teams in every position have an equal chance of winning.

Of course, this may not hold between teams of wildly differing skill levels, so we'd better modify this  to:


(2) A motion is fair if teams of equal skill level in every position have an equal chance of winning.

Using definition (2), or indeed, anything like it, suggests a problem that should be familiar to everyone who has set motions for a debating competition.  Motions can only be fair or unfair relative to the set of debaters expected to be debating them.  Anecdotal evidence suggests that many conceptually advanced motions (e.g. THBT the state should pay reparations to women.) may give all teams an equal shot at winning when all the teams in question are excellent debaters.  However, those same motions may be much harder for one side when debated between novices.  In some cases, this is because of a conceptual bar that teams must leap before being able to engage in the debate proper.  In other cases, it's because a certain level of rhetorical faculty is simply necessary to make some kinds of arguments convincing.  In any case, this is a problem not just with definition (2), but with any definition of fairness that is tied to outcomes between teams of equal skill.

Would that we had more of this.

The final of the LSE Open 2012 is an excellent example of what it means to debate outside the standard liberal paradigm.  All of the speeches are very, very good, and aspiring BP debaters would do well to observe the range of argumentative strategies and rhetorical methods deployed.

Infoslide: For the purposes of this debate, "Marxism" refers to a political ideology that:
1. Asserts that political activity is driven by class conflict
2. Argues that the free market is inherently exploitative
3. Advocates the abolition of capitalism and its replacement with an egalitarian economic system

The motion: This House Regrets the Decline of Marxism in Western Liberal Democracies.

Spoilers after the break.  (Really, watch it first if you don't yet know the result.)